Kristen and John at Niagara Falls in October 2009, when John was on leave after returning from Iraq (and after having dragged Kristen to a monastery for their first week together).

This entry will be shorter than previous ones, because we don’t really want to talk about ourselves all that much (at least on the blog; I (John) could talk about myself all day). However, we do want to explain how we came to desire to work overseas, and why we’ve decided to pursue this goal.

When I was 17, an evangelist came to the Stillwater Church of Christ and shared his experience as a long-term missionary in China.  I was so moved and impressed by the work he was doing, I contemplated packing my bags and moving to China the next day.  Years later (in 2011), I went on a short-term trip to Haiti.  It was my first experience with extreme poverty and I really didn’t know what to expect, but by the time my trip came to an end I didn’t want to leave.  Many of the people I met were still displaced from the effects of the 2010 earthquake but the amount of love and joy they had for each other and for me was inspiring and overwhelming. 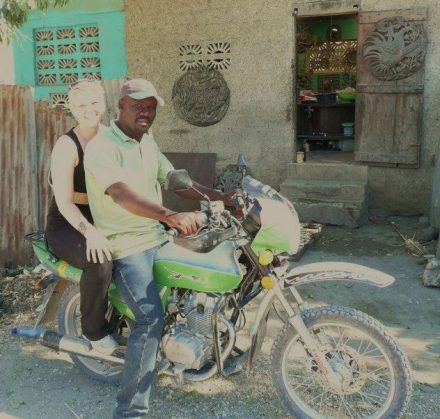 As Christians, we are called to follow in Christ’s footsteps, to care for and love the sick and the suffering, to try to live a life worthy of His sacrifice.  While that can, and should, be lived out in our own communities and neighborhoods, there is also a need in communities that don’t have the resources we have been blessed with here.  God calls each of us in different ways and John and I feel there has been a desire and a willingness placed on our hearts for Ethiopia.

John at the ziggurat in Ur (of the Chaldees) in southern Iraq, the birthplace of Abraham (2009).

My first encounter with some sort of development work involved two short-term spring break trips with the Church of Christ University Center in Stillwater, OK (also, by the way, where Kristen and I met). One trip was to Impact Houston Church of Christ, which has an amazing inner city ministry; the other was a work project in Saltillo, Mexico. These trips made me aware of the possibility of development work as ministry.

At the same time, I was able to attend one of Christian Veterinary Fellowship’s Real Life Real Impact weekends, where I learned about the kind of work that Christian Veterinary Mission did around the world. At the time, I recognized that I wasn’t mature enough (both in my faith, and simply as a person) to pursue development work long term. However, my decision to join the Army Veterinary Corps was heavily influenced by my desire to use the skills and knowledge I had obtained to serve others. I was seeking to share Christ’s love through veterinary medicine in whatever capacity I could at the time.

While in the Army, I did some work in Bosnia, the Congo, Liberia, Tanzania, and Uganda, which served to strengthen my resolve to find some way to pursue development work in the future.  I was deployed to Iraq in 2008-09, and it was there that my life changed drastically. I can say that in hindsight, but at the time, I would have said that Iraq was inconsequential: I wasn’t a combatant, and because the Army had become so risk-averse by 2008, I really didn’t have that much to do. I had a lot of time to read, though; and (much more importantly), I had a lot of time to pray. This is where I discovered the Orthodox Church (something we plan to write about in more detail in a future post), but in many ways, it’s where I discovered my absolute dependence on Christ, and where my desire to drop everything to serve him really sprang to life.

Everything since then has been an effort to discern how Kristen and I can use what we’ve been given to know Christ and to love others in such a way that we can look back and know that we made the most of what we were given. 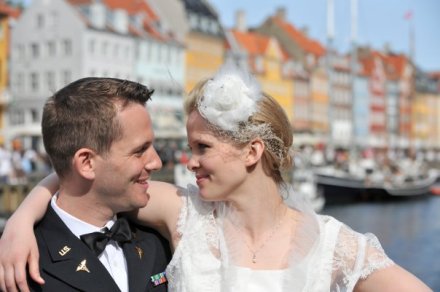